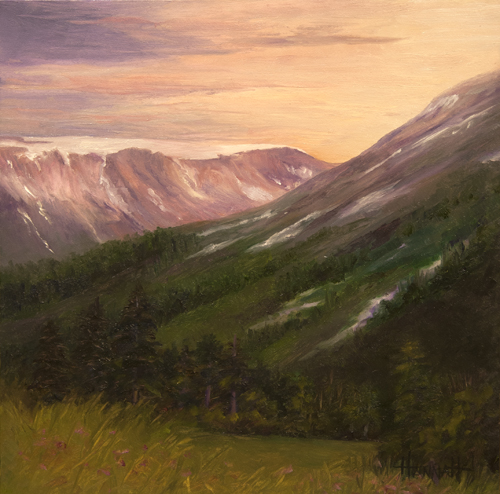 The mountains were his masters. They rimmed in life. They were the cup of reality, beyond growth, beyond struggle and death. They were his absolute unity
in the midst of eternal change.
–Thomas Wolfe,
Look Homeward, Angel

White Pass, with an elevation of
2,864 feet, is a mountain pass through the Boundary Ranges of the Coast Mountains on the border of Alaska and the province of British Columbia, Canada. It leads from Skagway, Alaska, to the chain of lakes at the headwaters of the Yukon River.
The White Pass trail was one of the two main passes used by prospectors during the Klondike Gold Rush in 1897.